BEFORE WE MOVE FORWARD IN FAITH...LET'S LOOK BACK TOGETHER
Take a moment to watch this 3-minute video to inform you about our campaign toward the installation of a gym on the Lafayette Campus. 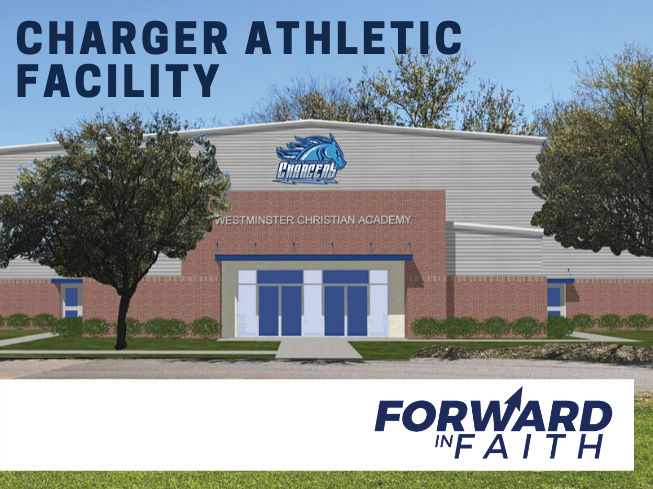 On our Lafayette campus, the lack of a gym inhibits our ability to offer the fully-rounded physical education that our students deserve, knowing as we do that students need a three-pillared foundation in academics, athletics, and Biblical integration. At present, physical education classes and athletic practices must be held outside, which in Louisiana is less than desirable and does not reflect the significance we attribute to athletic participation for our students. The addition of a multi-use facility will provide a venue for physical education, athletic practice and events, and school assemblies. Additionally, it will provide a vehicle for community outreach, offering the gym for use by like-minded organizations.
MOVING FORWARD IN FAITH

In order to execute these plans, the school has launched a capital campaign to fund the facility additions with the goal to build debt-free. Westminster is moving forward with capital campaign efforts toward the gym in faith. We are committed to earnestly seeking the Lord, trusting Him for continued provision. The commitment and support of the Westminster family will be critical to the success of this project. We are asking those who know us best to prayerfully consider an investment in the future of Westminster Christian Academy. As each family considers both the immense gift that Westminster is to their own children and also the eternal value of a well-rounded, Christ-centered education to society, we ask that you make this campaign a priority.