The Family » Our Board of Directors

Our Board of Directors

Westminster Christian Academy’s Board of Directors is the governing body for the school. They set policy and govern the strategic direction of WCA. However, their most important function is to provide prayer covering and spiritual counsel for the WCA President, school staff, and faculty. 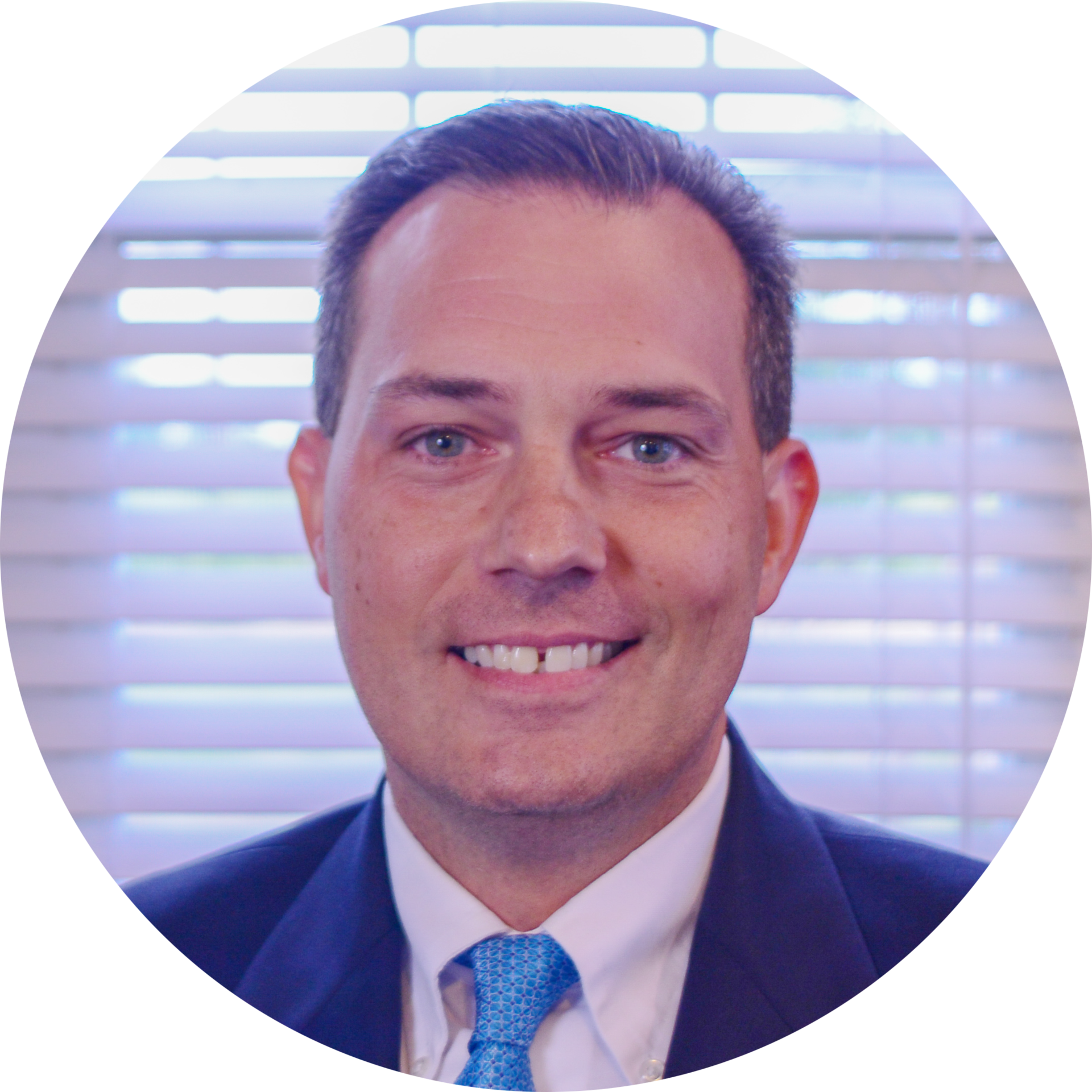 Josh Proffitt has been married to his beautiful wife and friend, Susi, for 18 years. They are the parents to 3 amazing boys who all attend Westminster Christian Academy.
Josh joined the board in January 2016 as an extension of his love for all things Westminster. When God first led them to WCA, they quickly fell in love with the commitment WCA has to (1) Jesus as the Head of His School and to teaching students Scripture and the Truths of the Bible, (2) the highest standards of scholastic achievement, both from a curriculum, standardized test performance, and college preparatory perspective, but also by ensuring that all classes are taught with excellence and at the same time based on a Biblical world view and Biblical principles, and (3) the continued development and success of WCA Athletics.
Josh currently serves as Executive Vice President, Chief Financial Officer, and General Counsel for LHC Group, Inc. He has his bachelor's degree in accounting, summa cum laude, from the University of Kentucky and graduated as a member of the Order of the Coif (Top 10 in Class) from the University of Kentucky College of Law in 2002.
Over the 9 years since moving to Acadiana from Atlanta, Josh has been very involved in the community. He is a current member of the Board of One Acadiana (formerly the Greater Lafayette Chamber of Commerce.) Josh is a current member of the board of a 501(c)(3) not-for-profit economic hardship assistance organization. He serves as a Deacon and a Sunday School class teacher at First Baptist Church, Lafayette. Josh has also participated in several local mission projects through his church. He has been involved with several youth sports programs throughout Acadiana, including coaching recreational basketball, baseball and soccer. Josh currently coaches the WCA Lafayette Campus middle school boys basketball team. 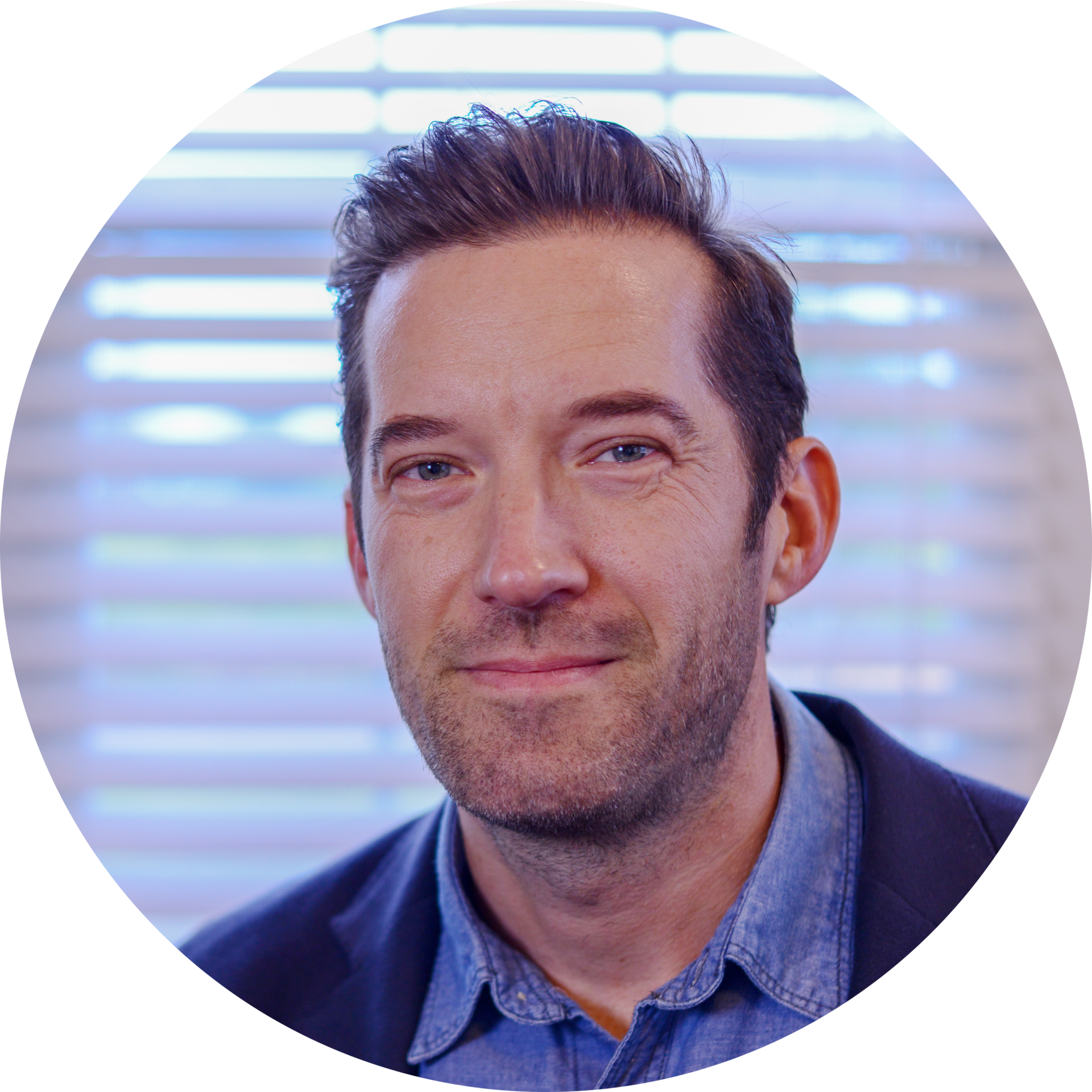 Bryan was born and raised in the Greater New Orleans area as the oldest of 5 where he lived until 1992. He is commonly known as Kim’s husband or Jesse, Kate and Abby’s dad.  Bryan’s core values are heart, smarts, grit and grace.

Heart because he believes that the Glory of God is man fully alive. He is fully alive when he is serving God and people. This value led him to places like Moscow, Africa, Papua New Guinea and the Philippines where he served with an organization called New Tribes Mission until 2000.

Smarts is the value that reflects his passion for learning and education. Both his parents earned Masters Degrees and encouraged ongoing learning. In 2000, Bryan returned from the Philippines and enrolled in the School of Business at the University of Louisiana at Lafayette where he earned a degree in Management and an MBA. He loves to read and try new things everyday.

Grit is the value that keeps him going even when times are tough. Bryan comments, “I have failed a lot in my life, but I have always endeavored to fail forward, to learn from my mistakes, to get up every time I get knocked down, and to not give up on people. When the voices in my head say, ‘You can’t.’ Grit is the voice that reminds me, ‘In Christ…you can do all things.’”

Bryan deems grace his strongest value with its foundation in his profound gratitude to God. He realizes that everything he has, everything he’s done, every breath he has taken and every step he’s taken is a gift from God. “Grace has given me a job and a purpose,” he adds.

Bryan started his own company where he could honor these values. Relevant Coaching is a company that coaches leaders and teams who want to be more effective in life and business. Bryan has served on the WCA Board of Directors since 2014 and is thrilled to have his children in a safe and loving environment like Westminster Christian Academy. 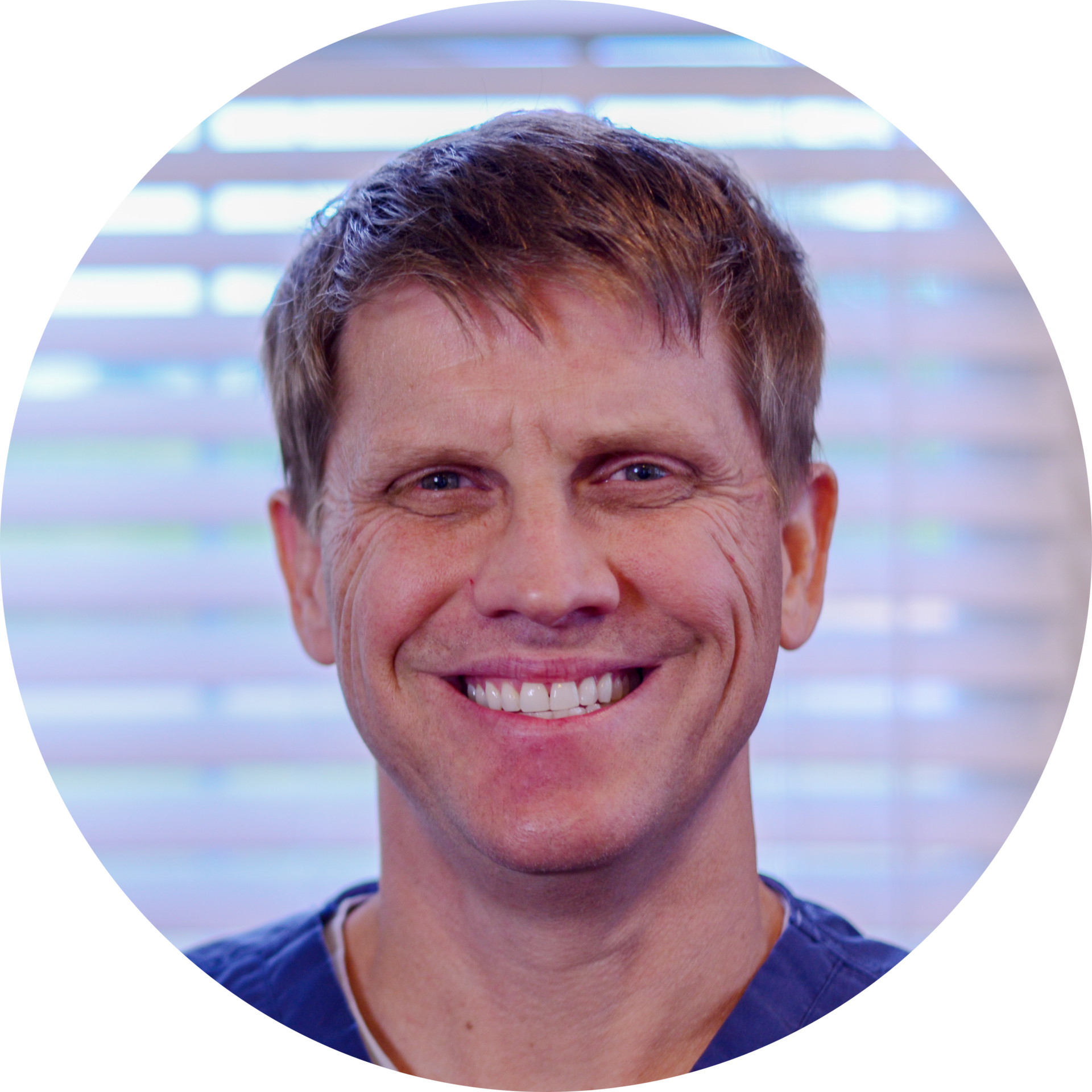 Dr. Ken Morgan lives in Lafayette with his beautiful wife of 14 years, Holly. They have been a part of the Westminster family since 2007, and have one daughter, Kynley and one son, Owen. The Morgans love being a part of the WCA family and are so very grateful to the amazing teachers, administration and staff for their investment in the Morgan family. They feel truly humbled to be part of such a “God Breathed" school. Ken leads a weekly men’s Bible study and Holly leads a women’s Bible study, both at the Lafayette campus. They are members of Our Saviors Church. Lamentations 3:21-25 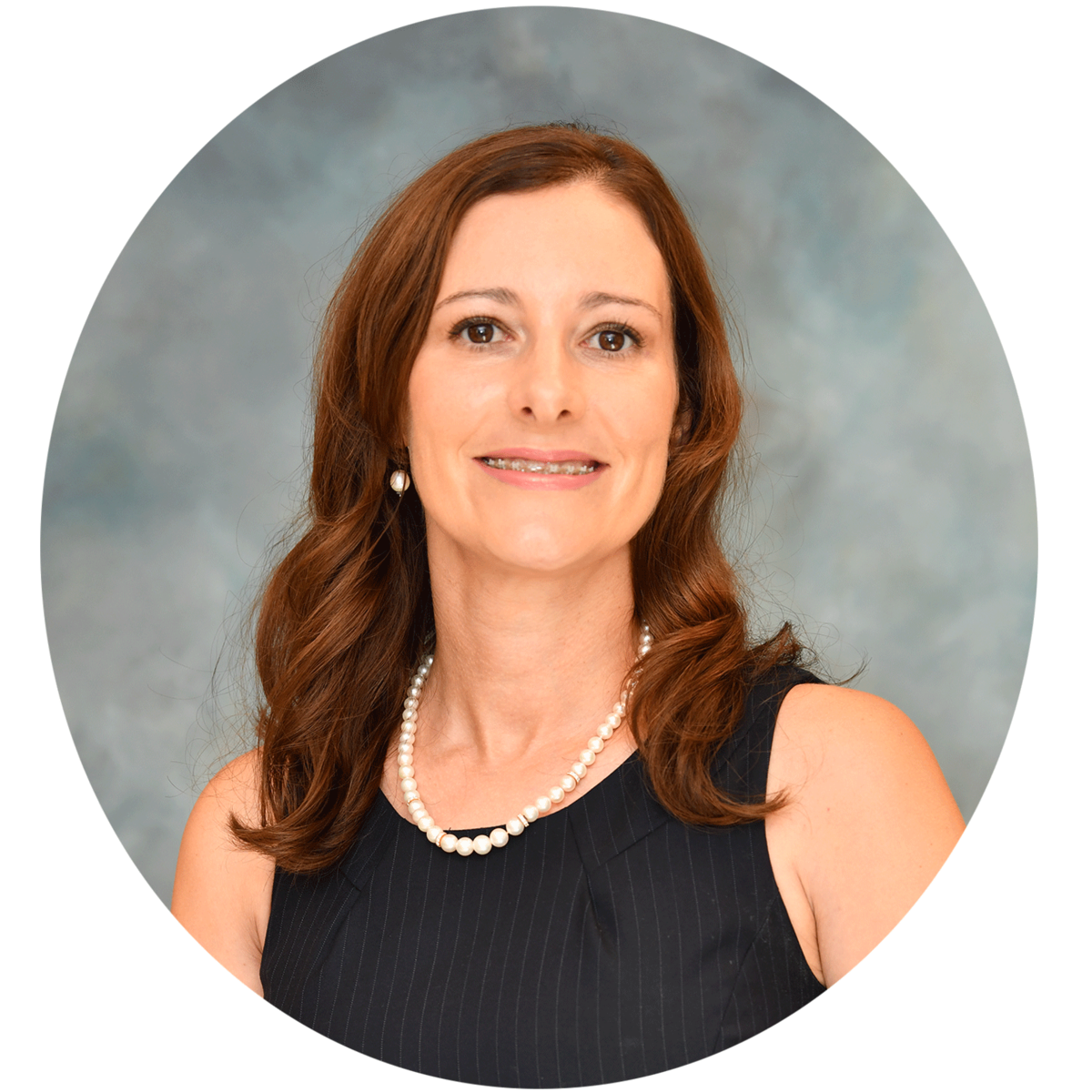 Britaney lives in Lafayette with her husband of 12 years, Mark Fontenot. They have 3 children together; Ella, Meredith, and William. She has been an active part of the Westminster family since 2010 through volunteer work, room mom activities, and women’s bible study. Britaney is a licensed Financial Advisor and employed with Edward Jones Investments. She is an active member of the Junior League of Lafayette and a member of Our Savior’s Church. In her spare time she enjoys traveling, concerts, bike riding, and is always up for an adventure with her family. She adds, “It is an honor to serve the Lord and Westminster through this role. I am passionate about WCA and its vision to equip students for lives of significance, and committed to supporting standards and programs at WCA that build moral character, stimulate a biblical worldview and promote the pursuit of excellence in everything we do.” 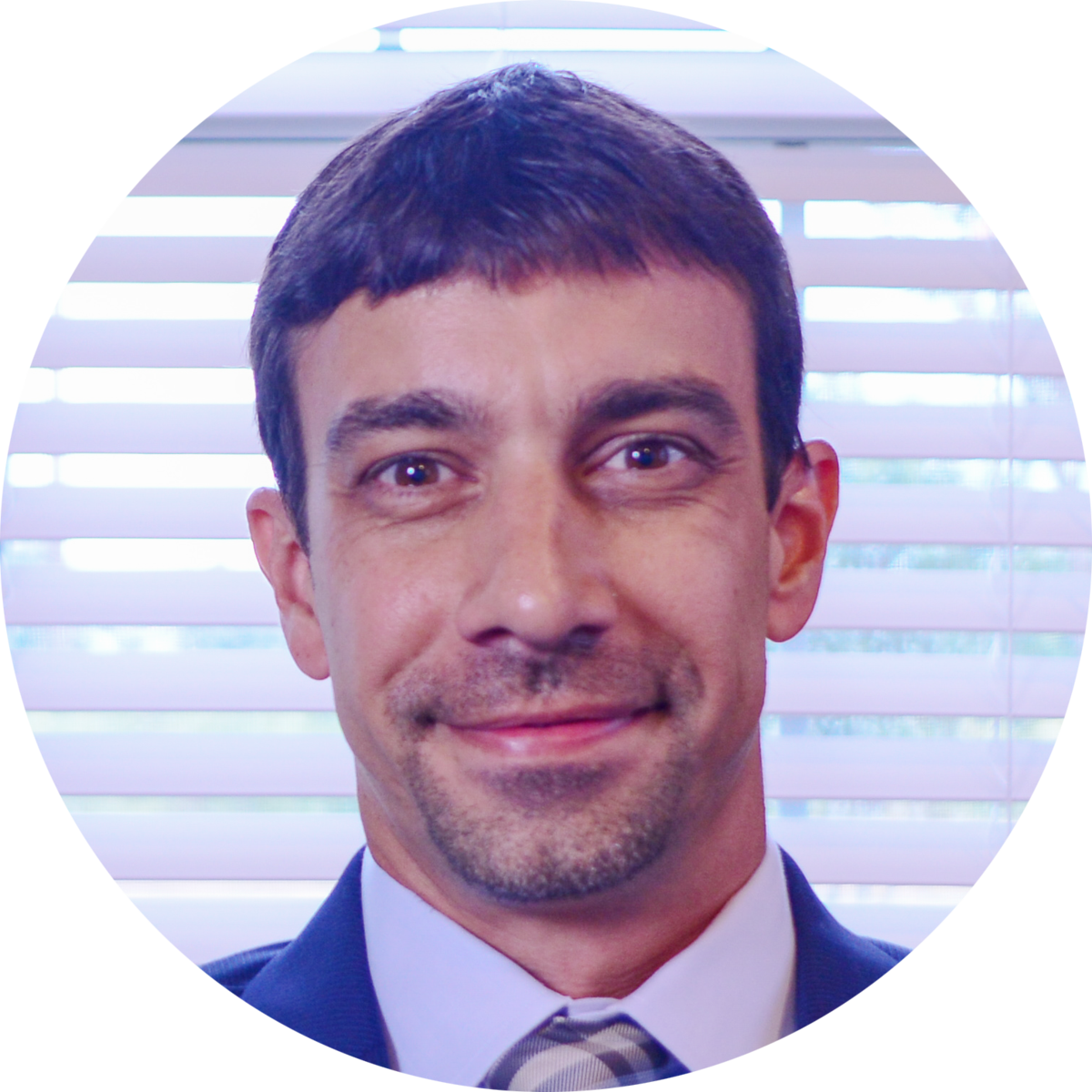 Nick Manuel, Treasurer
Current Parent
Nick Manuel has been married to his wife, Felicia, for 20 years and they are parents to three children. Cooper & Lexi currently attend WCA in Opelousas and Audrey will be starting when she reaches school age. Nick graduated from LSU with a degree in Business Management and is the owner of Ville Platte Iron Works. Nick has also served on the Vision St. Landry board since 2015 and has been board secretary for much of that time. Vision St. Landry is a board dedicated to improving the economy and quality of life for St Landry Parish through implementing long term targeted strategic initiatives. The Manuels are members of Our Saviors Church in Opelousas and are actively involved there.

Nick volunteers in many areas of his church and community and is honored to serve in this capacity at WCA. Nick’s love for WCA began when he & Felicia were dating in high school while she was a student here. “My wife graduated from WCA and I see how having that foundation and knowledge of the Bible has impacted her life, and as a result, our family's life to this day.” He recognizes that God is the ultimate Head of this school and considers WCA to be a ministry to the many families that attend.