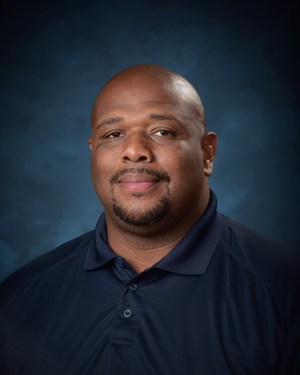 “Coach Clarkston is a reflection of my vision for all of our head coaches at WCA found in Titus 2:7, ‘In everything, show yourself to be an example by doing good works. In your teaching show integrity and dignity,’” said Turnage. He also added, “I’ve always felt that young children can sense your true heart and purpose, and every day students flock to Coach Clarkston’s side. He will be able to foster these relationships that will build the program now and into the future.”

Coach Clarkston began his professional coaching career in 2007 at Jeanerette Senior High School where his served as the assistant defensive coordinator and running-back coach. He continued coaching for Hanson Memorial as running-back coach and defensive coordinator where he had tremendous success with one or more tailbacks rushing for over 1,000 yards each year under his leadership. Before coming to Westminster, Coach Clarkston served as Head Football Coach and Athletic Director at Highland Baptist in New Iberia. He was promoted to that role after serving for three years as the defensive coordinator and strength and conditioning coach. This has specifically prepared him to step into working with the WCA varsity players in the weight room during this transition period between head coaches, ensuring that the players are strong and fit to endure the spring program. “Coach Clarkston has made this investment in these boys on top of his teaching and coaching commitments. This has given him the opportunity to begin to build relationships with the current varsity players and create the positive environment and the momentum necessary to launch into spring training,” commented Turnage.

“My vision and mission for the WCA football program and WCA Athletics as a whole is to be conquerors for Christ both on and off the field. Our coaching staff will positively impact the lives of our student-athletes so that they may be the best people, students and athletes that they can be, and we will prepare them to positively impact the lives of others. We will win and compete for district and state championships every year, and our championship program will be based on love, faith, discipline, hard work, and perseverance,” said Coach Clarkston.

Coach Clarkston earned his Associates of Science degree at Snow College in Ephraim, Utah where he played as a linebacker for two years. Clarkston completed his B.A. in General Studies at the University of Louisiana at Lafayette where he played for the Ragin’ Cajuns as a defensive end/fullback. Clarkston also played for the Lafayette Bayou Bulls Semi-pro team and was a fullback, running back and defensive end for the 2004 League Champions, a fullback and running back for the 2005 League Runners-up, and fullback for the 2006 playoff team with all-star team selection all three years. In 2012 Clarkston earned his Masters in Athletic Administration from Northcentral University, Prescott, AZ. With his own personal experiences in higher education as an athlete Coach Clarkston adds, “I'm also an active college recruiter. I help students find colleges and universities that will provide them with a sports scholarship and a great education. I truly believe that there is a school for every student athlete.”

“We were diligent in looking inside and outside of Westminster Christian Academy to find the right man for the job. What a joy it has been to see that God had already gone before us in bringing this humble and experienced godly man into our family. We are grateful for the investment he has already made at WCA, and look forward to great impact in the years to come,” adds Head of School Scott Davis.