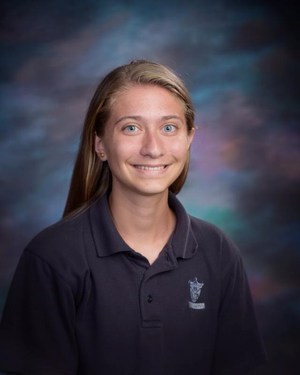 ”Abbey is the most diligent student that I have ever taught.  It was not a shock to see her win as overall winner in English III because she works hard consistently, and she is an insightful and inquisitive student.  We are most proud of her because she seeks to honor her Heavenly Father in all that she does.  When I think of Abbey, humility and faithfulness come to mind,” commented Abbey’s Upper School English teacher, Mr. Jason Thibodeaux. The overall winner has the top score of ALL English III students in the state of Louisiana. Abbey Broussard will receive a $500 scholarship at LSU.