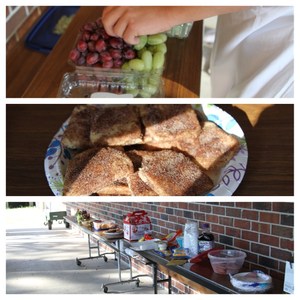 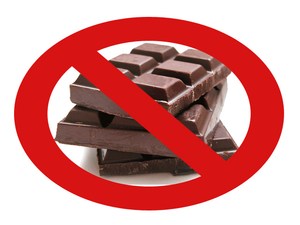 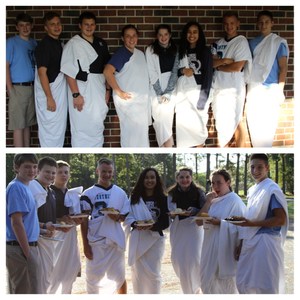 Mrs. Buller's Latin I class had a "Jentaculum" or Roman Breakfast on Friday, October 21st. They finished a study on Roman food and eating habits.
The students could only bring foods that were known to the Romans. They brought boiled eggs, cheese, olives, chicken, meat, ham, grapes, and cookies that were sweetened with honey. The students were sad that they could not eat chocolate!!! The weather was beautiful and they had a good meal!!

In ancient Rome, “jentaculum" consisted of fairly simple foods. Lunch, or “prandium," was a similar meal, although it might include leftovers from the day before as well as a meat or fish dish. Dinner, or “cena," as the Romans called it, was much more sumptuous. This meal included several courses of food. The first course was lettuce and eggs; eggs were an important aspect of the ancient Roman diet. Sometimes more exotic food items were served during this meal, such as oysters, mussels, and sea urchins. Dessert included fruit that was in season, such as apples, pears, grapes, figs and dates, nuts, cheese, honey, and cake.