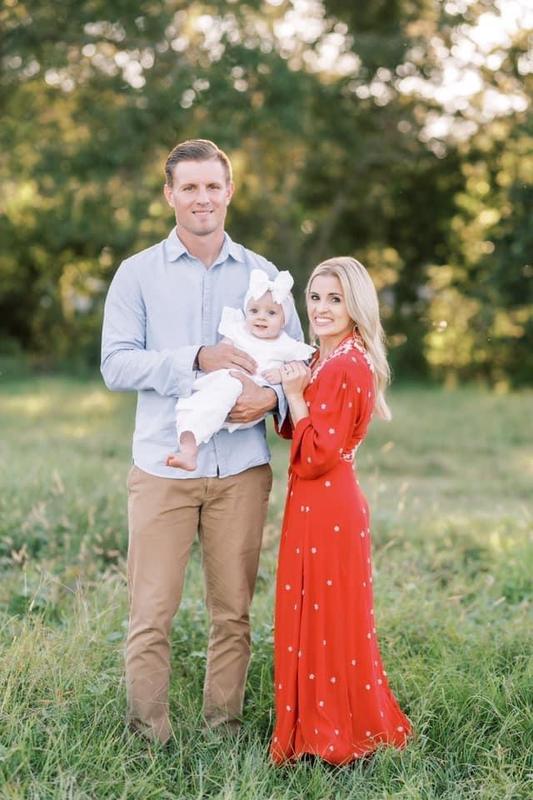 Westminster Christian Academy’s Head of School, Mr. Scott Davis, is pleased to announce the appointment of Coach Travis Blaize as the new head football coach for Westminster Christian Academy Opelousas. “We are ecstatic to have hired a man with the love for Christ, passion and specific experiences, particularly with a multi-faceted offense, that will take us to the next level. I can’t wait to get started!”

Coach Blaize is not new to the Westminster family. His wife, Caitlin Blaize, has served as a first grade teacher on the Lafayette campus for the past seven years, and they both have deep roots and relationships in the Acadiana community. Blaize graduated in 2008 from Catholic High in New Iberia, where he was an all-district football player and track athlete. After graduation he joined the national guard where he served for 14 years including a tour to Iraq in 2010. Blaize continues to serve our country by working with new recruits as they join the national guard.

Blaize attended UL as a college track athlete where he specialized in sprinting and the pole vault. In 2012, he "retired" from track after a back injury and focused on finishing his degree in secondary education. His coaching career began when he became a volunteer coach at Abbeville High School in 2011. His volunteering paid off three years later after he graduated when they offered him his first teaching position. During his time at Abbeville, he served as an assistant football and track coach and the head soccer coach.

In 2015, Coach Blaize went on to a defensive coordinator position at Comeaux High School where he served as an assistant football and head track coach for three years. After leaving Comeaux, he went to Vermilion Catholic as the offensive coordinator where he was instrumental in leading the football team to consecutive semi-final appearances with a multi-faceted and high-scoring offense. He also served as head soccer and girls track coach for the past three years as well as Dean of Students for the 2020-2021 school year.

When asked about transitioning to Westminster Christian Academy, Coach Blaize said, “I first want to thank God for all of the blessings of my past, the current blessings, and the blessings of the future. I am beyond excited to take this job at Westminster. I look forward to bringing energy, passion, relentless work, and an unmatched love for developing young men of character.”

Coach Blaize has been married to his wife Caitlin for three years and they have a year and a half old daughter Luca Rose, and they will be welcoming their second daughter in June.

"From the moment I interviewed Coach Blaize, I could see and hear his passion for not only football, but for impacting the lives of young men and women. Coach Blaize embodies the verse found in Colossians 3:23-24, which states, "whatever you do, work at it with all your heart, as working for the Lord, not for human masters, since you know that you will receive an inheritance from the Lord as a reward.  It is the Lord Christ you are serving," shared Coach Buddy Turnage, Athletic Director for Westminster Christian Academy Opelousas.