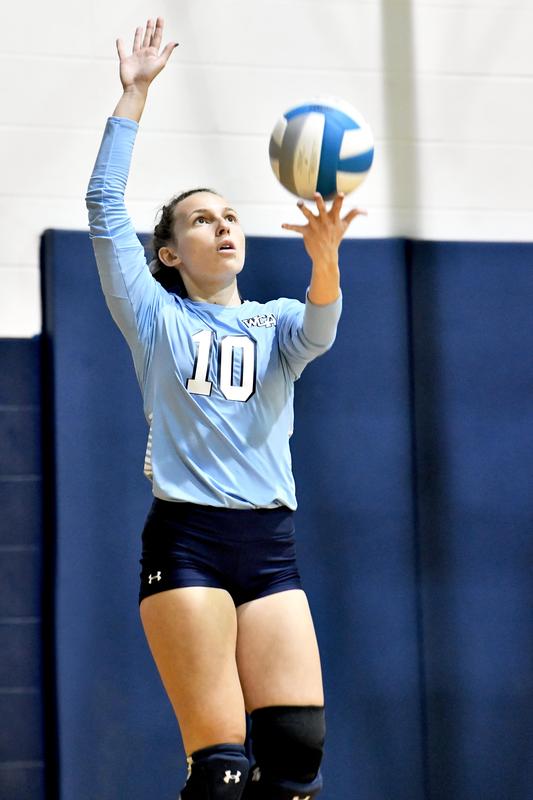 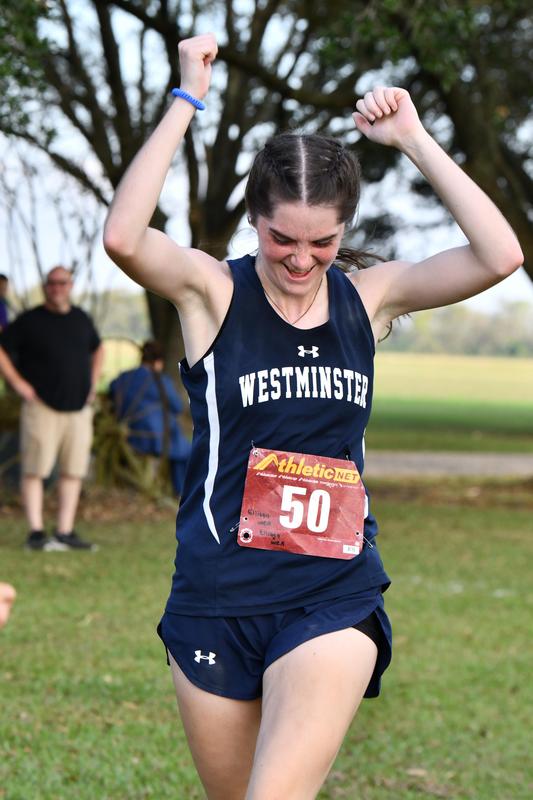 At Westminster Christian Academy, a high-level academic experience is integral to equipping students for lives of significance. You might think student-athletes would shy away from classes like these as they might hinder their efforts toward excellence in sport. At WCA, however, high expectations in both academics and athletics go hand in hand.

Take AP Calculus, for example. This fifth-year math class for high school students means that a student must either take a high school Algebra I credit for math in eighth grade or take two math classes in a single year along the way to be qualified to take Calculus their senior year. At WCA, this track seems to be the expectation rather than an exception. In fact, this year's AP Calculus class boasts 15 seniors, most of whom are high-level athletes.

Ms. Darla Redeker, the student's AP Calculus teacher notes, "These students are committed to succeeding in the classroom as well as in the athletic arena. They put in the time and effort to understand a difficult subject like AP Calculus while spending afternoons and evenings practicing or traveling to games. I appreciate their diligence in completing assignments on time, studying for tests, and asking for help when needed. The hard work that they are putting in now will help them as they move forward to other pursuits."

Upper School Principal Ms. Anne Silburn adds, "AP Calculus is one of the hardest classes a student can take in their high school career." That does not seem to stop these student-athletes who practice daily, travel to competitions, get up early, stay late, deal with tired bodies, and more.

Being a dedicated athlete at a high-level academic school has taught St. Landry Player of the Year, Emma Bacilla, dedication, time management, and a good work ethic. She remembers one specific example from the day they won their last district volleyball game. “Our team went out to dinner to celebrate winning the district championship, but I had a Calculus test the next day. While we were at the restaurant, my teammate, Ellisyn, who is also in my Calculus class, and I brought out notes and study guides, and we studied for our test as we ate. We had to take advantage of any time we had to prepare for the test, as we were going to get back to school late that night.”

The lessons from these sustained efforts will last a lifetime. Ellisyn Davis, All-State Runner and Division I College recruit, explains, "Being a student-athlete isn't easy, especially when you start taking advanced classes and challenging yourself both in academics and athletics. Some days I would show up to school at 6:30 a.m. for cross country practice, attend at least three AP classes and four other courses, have a volleyball tournament after school, get home late, and still have to study for tests and complete assignments. It was in my weakest moments that I knew I needed to push the hardest. God taught me to work when no one is watching. It's easy to go to school and behave in front of everyone. What was difficult was waking up early and staying up alone in my room studying. With prayer, dedication, and time management, however, I have been able to succeed both academically and athletically."

Students stumble, learn, grow, and succeed through the challenge. It is in this journey that they practice hard work, perseverance, and reliance upon God. Athletic Director Coach Buddy Turnage reveals, "WCA student-athletes have had the privilege of being named to the All-District, All-Parish, All-Metro, and All-State teams. This high level of commitment to their education allows our students the opportunity to live out their dream of becoming a college athlete. We have five athletes, currently, in AP Calculus, that will be furthering their academic and athletic career in college."

WCA would like to congratulate these seniors who continue to pursue first-class academic aspirations and accomplishments such as taking AP Calculus and also have outstanding individual athletic credentials.

Emma Bacilla – St. Landry Parish Player of the Year and All-Metro in volleyball, top returning javelin thrower in the state – will throw the javelin in college (Division I), Composite All-Academic team in Louisiana in two sports

Hunter Ray – All-District and All-Parish in football, a starter on the basketball team